In amongst the challenges of starting term with new regulations and restrictions, this has been a landmark couple of weeks at Ashfold with the introduction of our new activities programme. Yes, the selection has been curtailed by Covid restrictions, but seeing the children enjoy so many different things has been really exciting. I was desperate to get this up and running because I really believe it will become a very important part of the Ashfold education. 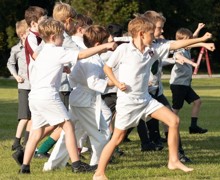 I think back to the some of the clubs and activities that I enjoyed when I was in Prep School and it’s amazing what sticks in my memory nearly 40 years later.

· Debating Club: more fun than intellectual and mainly about criticising some of the Headmaster’s unpopular ‘progressive’ new rules. This House believes that we should be allowed to wear jeans after Chapel on Sundays etc. No rules were ever changed of course, whether the motion was passed or not.

· Table-tennis Club: always very lively. I specifically recall that you weren’t allowed to speak Chinese in Table-tennis Club because the teacher thought some of the overseas players might be swearing (I think that they were). Sadly, my lack of top-spin always held me back.

· Subbuteo Club: a personal favourite, but it still rankles that having won the league, I lost the semi-final of the cup against Ipswich Town. I was quite upset at the time...

· Darts Club: lots of fun but to really succeed you had to be surprisingly good at maths, which I wasn’t. It was also quite dangerous and I always felt lucky just to get out of there with both eyes intact.

I have not become a political debater or a professional darts player; my lack of top-spin still lets me down when I play table-tennis; and I’m embarrassed to say that although I’m still pretty good at Subbuteo, it’s quite hard to find someone to play against these days. So why were these eclectic and frequently quirky clubs so important for me at the time? And why do I think that activities should form such a significant part of Ashfold?

For a start, I had lots of things to look forward to during a long school day, something that can’t be underestimated. I could endure most things that were thrown at me if I knew that I had Drama Club, my absolute favourite, at the end of the day. I also developed the attitude of giving things a go, which stuck with me though senior school, through university and to this day. If we want our boys and girls to be well-rounded adults, we need to start by encouraging them to be well-rounded children and children who can have a go at things. If I’m looking for more tangible benefits, I also took part in Public Speaking Club, and the skills and confidence that I developed there ended up forming a significant part of my chosen career.

But in the end what seems lik 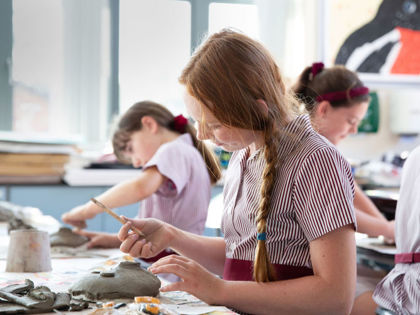 e the least significant benefit, should not, I think be underestimated. For we could write articles about the benefits of a broad education, and I probably will one day, and we could fill brochures with photographs to make our activity programme incredibly appealing and compelling. And yes, the children are challenging themselves and they are taking time to develop their skills to new levels and yes, they are broadening their horizons. But when I wander round the activities at the end of the day, most importantly, the children are having fun. That is so important and I love to see it. And I hope that like me, they can look back in 40 years’ time on some wonderful memories.